Showing posts from December, 2012
Show All

Thinking About The Gathering 2013 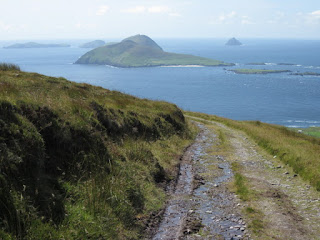 I became aware of The Gathering 2013 back in 2011. It was a corner-of-the-eye thing, spotted online and then forgotten. I was in Ireland writing The House on an Irish Hillside , a book that's part memoir, part exploration of my own sense of identity as a member of the Irish diaspora, and partly an examination of the Dingle Peninsula's Celtic inheritance. Which, I suppose, is why something called The Gathering caught my eye. The ancient Celts disapproved of writing. They believed it weakened their ability to remember; and in their worldview shared memory was the vital component that bound people together in a web of individual awareness of communal identity. In Ireland they reinforced and passed on their sense of community at seasonal tribal gatherings deliberately sited on mountaintops which gave them the widest possible view of the landscape with which they identified. It was a formidably successful culture, characterized by its own diaspora which was apparently
7 comments
Read more
More posts