Showing posts from June, 2012
Show All

Summer Solstice on the Dingle Peninsula 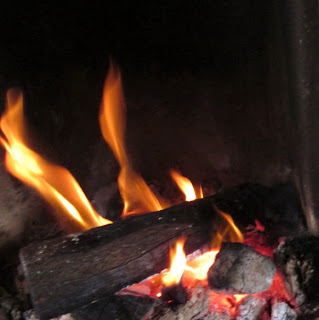 No-one knows the name of the first people who lived here on the Dingle Peninsula. But its Irish language name, Corca Dhuibhne, means 'the territory of the people of the Goddess Danú.'. Danú, whose own name means 'water', was the Earth Mother of the Iron Age Celts. Her husband was Lugh, the Celtic Sun God, who drove his chariot, pulled by fiery horses, across the sky each day from east to west. Lugh and Danú represent the three basic elements which, together with air, are required for human survival. Water. Earth. And fire. Here in Ireland, at turning points in the year, the ancient Celts celebrated the union of Lugh and Danú with huge fires and gatherings on hilltops, promontories and beaches. And now, thousands of years later, fires are still lit in Corca Dhuibhne, celebrating the Summer Solstice at boundaries, on high cliffs and on golden beaches washed by the Atlantic waves. Lebor Gabála Érenn , The Book of Invasions of Ireland, is the Ireland
7 comments
Read more
More posts