Showing posts from May, 2012
Show All

The Craft is in the Crafting

The link above leads to the trailer for The House on an Irish Hillside.   It's one minute of music and images. If you factor in the time it took to write the book, I suppose it was eighteen months in the making.  If you factor in the fact that the book's a memoir, I suppose it was fifty-something years. Anyway, I love it - the pictures assembled by my husband and the stunning music played by  Mary Rowsome.  I hope you'll enjoy it - and the book as well.  And after reading back through that lot I'm definitely in need of a cup of tea .
4 comments
Read more

Mary's Month and the season of Bealtaine 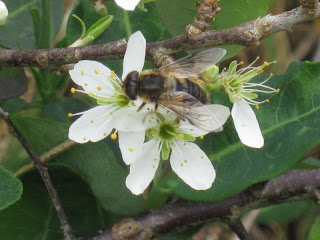 My mother was christened Mary but all her life she was known as May. In Ireland May is a common diminutive for the name Mary, so there was nothing strange in that. Besides, she was born in May. I can remember picking blossom to celebrate her birthday. Never may blossom which in Wexford, where she grew up, was considered unlucky to have in the house. Sometimes cherry blossom. And often apple blossom, warmed by the sun and powdered with pollen spread by black and golden bees. In the Christian tradition May is Mary’s month, dedicated to Mary, mother of Jesus. But, as always in Irish Christianity, the calendar feasts that celebrate Mary hold echoes of an older goddess.  She was the Good Goddess, the bride of the God, and the earth mother of the ancient Celts. In the pagan Celtic tradition May is the first month of Bealtine, the third season in the Celtic calendar. The Celts believed that as the seasons change the edges of the fabric of time give way, allowing powerful f
4 comments
Read more
More posts