June 20, 2017
Tonight in Corca Dhuibhne neighbours came together to wake Danny Sheehy in his home in Baile Eaglaise close to the burial ground at Dún Urlann where he'll be carried tomorrow after his funeral mass. He died on Friday June 9th after a boat which he and a friend had built, and of which he was a crew member, overturned off the northwest coast of Spain.

Danny and his companions were returning from a sea pilgrimage, taking the old medieval pilgrim route of The Camino de Santiago in a naomhóg - a traditional Irish boat with a wooden frame over which a covering of tarred canvas or calico is stretched. The boat was called the Naomh Gobnait, after a legendary saint associated with the area, and, according to the medieval Nauigatio sancti Brendani abbatis, a similar craft carried the monks who took part in the Voyage of St Brendan, the saint after whom Corca Dhuibhne's Mount Brandon is named.

Over a period of years, beginning in 2014, the Naomh Gobnait had continued on its journey each summer, arriving last year in Santiago de Compostela, where it was carried into the Cathedral to the sound of music played by the traditional Irish musician, Breanndán Ó Beaglaoich, one of the crew.

Others, who knew Danny better than I did, will write about his prowess as a boatman; a boat builder and a poet; a folklorist; a storyteller; a philosopher; and a friend. Here, in his own words, are some of his thoughts about his voyaging, given to Wilf and me last year when we were collecting the conversations which are the core of each chapter of Dingle And Its Hinterland: People, Places and Heritage.

We recorded Danny as he and I sat in the back of a car by the sea, near Baile Eaglaise, and when I came to transcribe and translate his words from Irish to English they flowed smoothly and steadily, like the powerful rhythm of the waves. 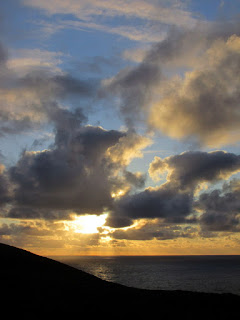 ‘It’s hard to know why something like Camino na Sáile [the Sea Camino] happens. You’re going into great danger and I don’t think you’re ever able to tell yourself why. You never have the answer. But it comes from a love of the sea. Love of your own place – the hills and the cliffs and the mountains and the sea. When you’re at sea there’s always a connection with the place you came from. Your mind is always going back to it.'

'I made many a voyage before the Camino. Around Ireland. Across the Atlantic in a Connemara Hooker. To Spain that way as well – from Dublin to Santander. And other voyages. One from Trieste down to the Adriatic and the Mediterranean and back to Connemara. And one from Dingle in 2011, up to Shetland and on to the Faroe Islands and across to Iceland and back again to Dingle. I suppose there was spirituality involved in all of them.' 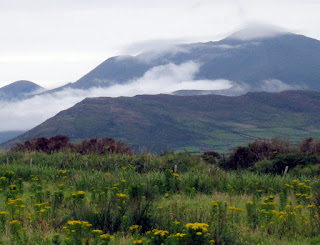 'Mount Brandon is very important to me. Before I take such a voyage I’ll constantly go up Mount Brandon by way of preparation. Before going to Iceland I’d say I went up and down  at least twenty times. It made me think. It made me remember. It prepared my mind. Because it’s so hard. You have to focus your mind and your soul – everything. And you have to strengthen your body.'

'When you walk alone to prepare yourself you think of how your ancestors took those same paths up the mountain. You think about God. I do that. I believe in God. I suppose many people don’t, but I do. I believe that there’s another life in which the people who died before us live, and that they’re still all around us. And that if I trust them they help me.’ 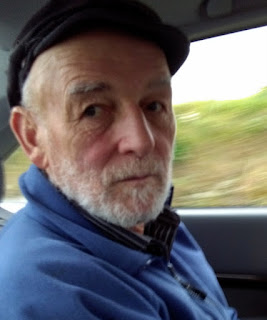 'There’s a difference between fighting against the odds and winning as a voyager and winning a game or a competition if you’re an athlete. When you’re the victor at sea you’ve beaten no one. You’ve done something remarkable, but what you’ve been fighting is the sea itself and the weather and fear - and even ignorance. You learn something. About yourself and about the world you live in.' 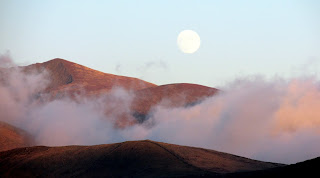 'People are very important. Before I leave this place it’s important that people bless me and wish me well. There are people who say they’ll pray for me. That they’ll light a candle for me. I know one man who will keep a candle lit here without ever quenching it throughout the whole voyage. Such things help you and give you energy. The energy crosses the space between you. Another important thing – I think I learnt this from going up Mount Brandon – is that you must never complain. You can’t complain on a sea voyage. It doesn’t matter what pain you might be in or how much other people might be upsetting you, or whatever happens, you mustn’t complain. You must take pleasure in everything or you lose the energy that sustains you.’ 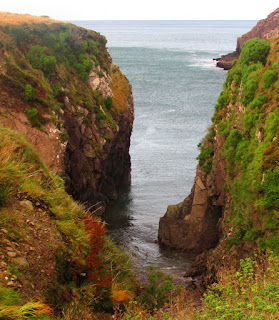 'There’s a saying in Irish that there are three things that are magical - music, fog and sailing. I’d say myself that sailing in a naomhóg is the most magical of the three.’ 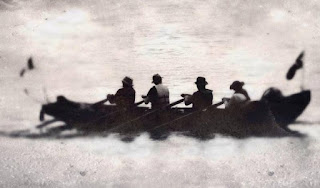