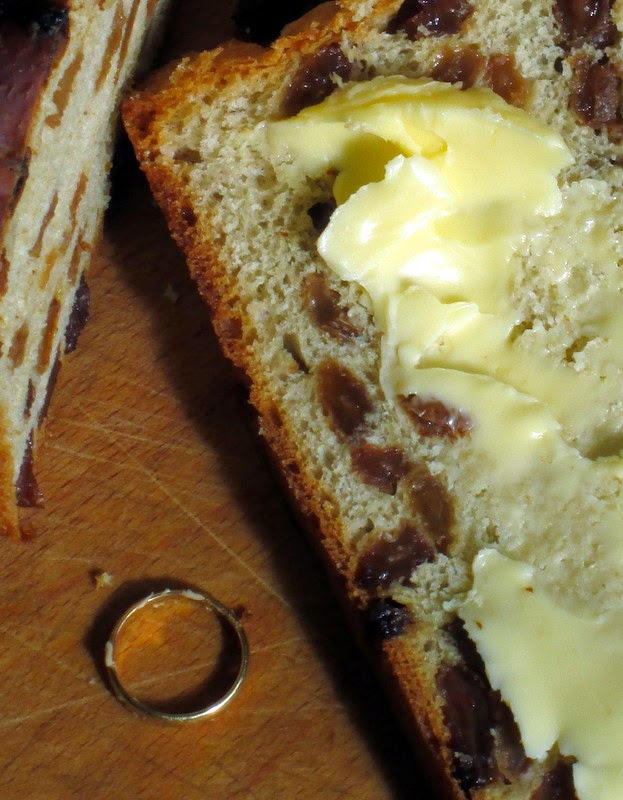 I was reared on Barnbrack. Or brack, for short. It's a fruity bread served at Hallowe'en in Ireland, cut in slices - always, in our house, by my sister Mary - and thickly buttered to conceal the whereabouts of a lucky ring baked in the loaf. Actually, the fact that Mary did the cutting and buttering may explain why, year after year, to groans of disappointment from the rest of us, when we sat down at teatime she always got the ring. But that's another story.

The point is that we called it Barnbrack. Not Barmbrack. Now, barm is the foam, or scum, that forms on the top of fermented alcoholic beverages and is used as a raising agent in bread. And it's perfectly true that a brack requires a raising agent. But it's name is Barnbrack, not Barmbrack. Besides, we always used yeast.

I first heard Barnbrack called Barmbrack in England, shortly after I arrived there in the 1970s. But it was clear that the English - though fine people in many respects - hadn't much of a clue about Hallowe'en. They kept announcing that it was American, and I could never find brack, monkeynuts, breadsoda or buttermilk in their shops. (The English call breadsoda Bicarb. Technically accurate, I admit, but weird nonetheless.) Anyway, faced with their ignorance of the basic facts about, and requirements for, Hallowe'en, I dismissed the whole Barmbrack thing as absurd.

But then, in the silent watches of the night, I began to worry. Barmbrack came with a convincing etymology. What exactly did Barnbrack mean? There was no problem with the brack bit. Breac is the Irish for 'speckled'. Digging surreptitiously about in a dictionary, I came up with bairín, a word I've never knowingly used myself, but is indeed Irish for 'a loaf'. So, there you go, 'a speckled loaf' - which pretty much describes Barnbrack.

I rest my case. 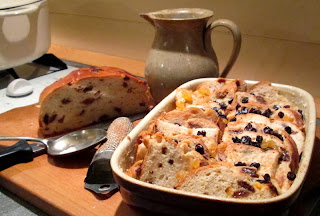 This, by the way, is Brack And Butter Pudding. Slices of stale buttered brack in a buttered dish. Pour on egg custard and bake in a moderate oven under a thick grating of nutmeg.

It's far from that I was reared, of course. We  fried our stale brack in butter and ate it for breakfast with rashers.