A Time For Listening.

May 30, 2013
A cold, wet spring after a cold wet winter. And now a cold, late summer after the slow coming of spring.

Snow on Mount Brandon at Easter. No growth in the grass. Furze and fuchsia bushes slow to flower and primroses still starring the ditches in the last week of May.

For the last three years the rhythm of the seasons has faltered and the certain swing of one thing to the next thing has changed. Now, with livestock crying out for fodder, farmers are shaking their heads and talking of bankruptcy. Here in Corca Dhuibhne, the price of bought-in fodder is high and all over the country the effects of this year's weather are being factored into predictions for next year's profits and losses.

In pubs and shops, and on the roads when people stop to chat with their neighbours, there's talk of selling up and shipping out. Emigration's always been a quick-fix here in Ireland: but now shoulders are being shrugged. The weather's wrong everywhere, they say. There are floods in England and Europe, tornadoes in America, earthquakes, drought and famine all over the world. Food prices are high and, in the current global recession, jobs are scarce wherever you go.

The other morning Radio Kerry ran a story about a priest who's urged people to come together and pray for a change in the weather. I've heard people talk about that since, and not many have laughed. Beneath the talk of prices and recession lies a visceral dread, rooted in shared race-memory, existing at an unconscious level, and all the more powerful for that. What if the sun never shines again? What if all the animals die and the earth ceases to yield?

For thousands of years, the pre-Christian peoples of this peninsula responded to the changing seasons with ritual gatherings and prayers. Their purpose was to channel the energy of the universe and promote the turning cycle of the year. In the Ancient Celtic worldview, each element of the universe is animated by the same pulse of energy and everything in the universe shares a living soul. And in the Celts' circular image of eternity, each thing follows the next in its allotted sequence, like the notes of a tune or the steps in a dance. So for our ancestors, the steady rhythm of seed time followed by harvest time was a sign that the universe was in balance and good health.

And that, I think, is the key. Somewhere deep in our shared consciousness is an instinct that tells us we live in a joined up universe. Increasingly it's becoming evident that the continuing health of the planet depends on our husbandry of it, and it's equally clear that the models we currently live by just don't work. 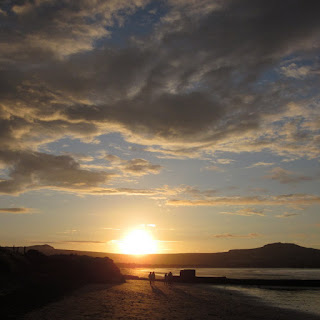 I've nothing against praying for a change in the weather. But I think it might help if we looked first at our Celtic ancestors' worldview, and considered the nature of the gods that they imagined.

That's not something that's hard to do.  Indigenous peoples all over the world still hold versions of that worldview. 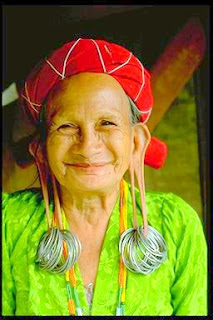 I think we'd be wise to listen to what they have to say.