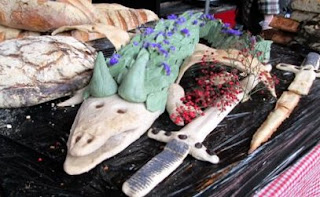 The legend of St. George belongs to England. I remember standing under a statue of him when I first came to London as a child, admiring the dashing knight in armour on his rearing horse, poised to slay the fierce, curly-tailed dragon that was snarling at his feet. 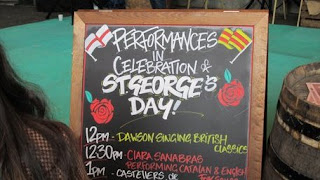 It was years later that I discovered that St. George belongs to many other countries as well, including Catalonia, a region proud of its Celtic cultural roots, where his feast day's known as La Diada de Sant Jordi. But it's only since moving to Bermondsey that I've discovered the Catalan tradition of giving a rose and a book to a loved one on Sant Jordi's Day. 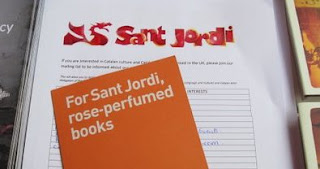 And then today, wandering round Borough Market, I discovered the link between St. George's Day, which is April 23rd, and UNESCO's International Day of the Book, which falls on the same date because of that Catalan tradition, and because it was the date of the death - and possibly the anniversary of birth - of both the English playwright William Shakespeare and the Spanish author Miguel de Cervantes. 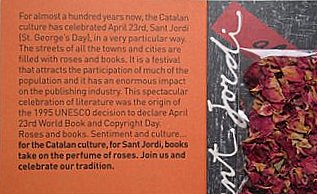 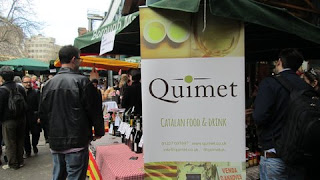 Borough Market is London's oldest market specialising in food and drink. There was Catalan produce for sale there today and visitors from Catalonia handed out red roses to the shoppers. 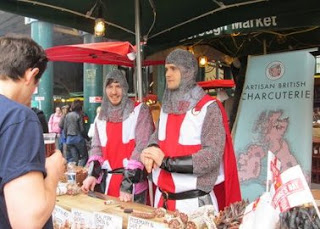 It's a glorious mix of local and international specialities reflecting London's cosmopolitan tastes and traditions. There were knights in chain mail selling artisan British Charcuterie.
The stalls were decked with flags and bunting, and everywhere there were red St. George crosses. 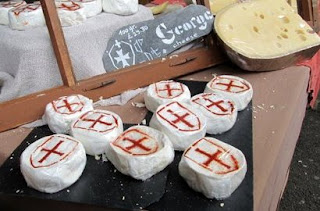 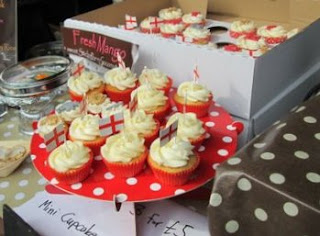 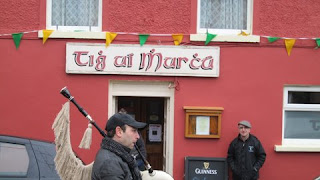 It was a wonderful demonstration of how new traditions can be sparked by older ones, and of how the same legend can be common to more than one culture. And for me there were even echoes of this year's Scoil Cheoil an Earraigh in Ballyferriter, when Galician piper Anxo Lorenzo marched through the village celebrating the links between Corca Dhuibhne and Galicia's shared Celtic inheritance. 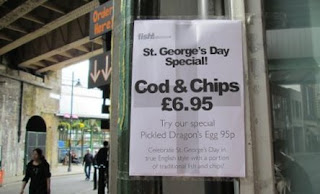 But some things remained quintessentially English.