'Patrick approached the High King's fort at Tara where the Druids stood by the chair of the High King. And every fire in Ireland was quenched that night. The druids had called up darkness and shrouded the hills in mist. Because there was a law that no fire should burn on the eve of the festival of Bealtine, when the druids themselves lit a fire to their pagan gods.'


'Then Patrick took a shamrock that was growing on the hill. The shamrock had three leaves on a single stem. And Patrick showed it to the druids and taught them the wonder of the Holy Trinity, that three persons existed in one God, truly distinct and equal in all things, the Father, the Son and the Holy Spirit. And the druids were amazed and fell to their knees and worshipped God.'


Generations of Irish children grew up with that story, passed on from generation to generation, in churches, by firesides and in schools. I remember it from my first picture book in which Patrick towered above the dark-faced druids with firelight behind him and the shamrock held aloft. Behind the druids the high king knelt by his carved throne. And behind the throne a man with a gold harp, with his head bowed, was holding the palms of his hands on the harpstrings to silence its pagan music. 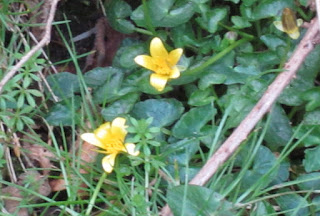 But, as always, the truth's more complex than the legend. Though the legend contains echoes of the truth.

Last night, in Dublin, hi-tech green 'doodles' were projected on the buildings and the flickering, dancing images went viral on the internet. On Sunday there'll be parades in cities from Cork to Chicago and from Boston to Beijing. Green flags, gold harps and three-leaved shamrocks, dancing, drinking and celebration - the whole world's going green this weekend for St. Patrick, the bearded bishop in the green robes with his fistful of shamrock and his gleaming golden crozier. 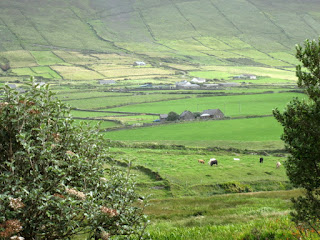 But meanwhile, on the hills and in the valleys of Ireland, the earth itself is going green. And this was the wonder celebrated by the druids. For the ancient Celts, the ritual fire kindled in darkness at the feast of Bealtaine symbolised the triumph of light over darkness in the return of seedtime and the sun. 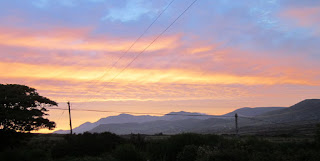 They too gathered to celebrate with dancing and music, parades, religious rites and wild parties. But they needed no explanation of the concept of a triple-aspect deity. Their own vision of springtime was contained in the image of a triple-aspect goddess, the Maiden, the Mother and the Crone. She was memory and potential, childhood, maturity and old age. Here in Corca Dhuibhne her name was Danú. Elsewhere she has other names. But everywhere it's her marriage to the Sun God that brings balance to the universe and fertility back to the earth.

This week a new pope was elected in Rome, the centre of the faith which Christian missionaries like Patrick brought to Ireland. This St. Patrick's Day I'll be thinking about memory and potential.