The Traditional Irish Art of Hospitality

October 27, 2011
When I first began to divide my life between two places it was like living in two different worlds. 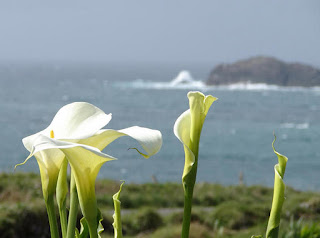 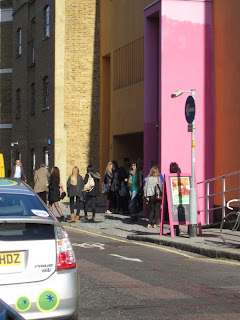 And Bermondsey with its edgy, multicultural vibe, crowded streets, sense of drive, and spectacular architectural statements. 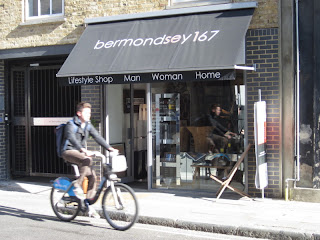 Moving from one to the other increases your awareness of each. Which is kind of the point.

One of the joys of London life is walking away from my computer screen, wandering down to the Thames and using the Tate Modern as a coffee shop. Stunning building. Great shop selling acid green pens and intensely desirable pencil sharpeners. A shimmering bridge across the river, framing a view of St. Paul's... 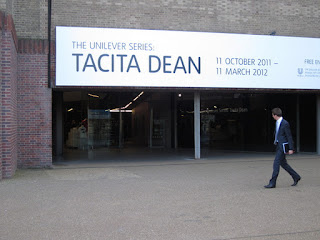 Tacita Dean's current exhibition, FILM, consists of 11minutes of 35mm film, endlessly playing on a vast, slender screen that hangs in the airy silence of the darkened Turbine Hall.

I saw it last week. 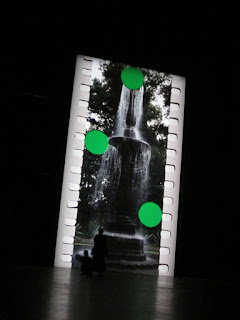 Framed by the punched holes of the film stock they were shot on, the images drift and fall from ceiling to floor. Sometimes the screen's a stream of moving shapes and neon colours, hard lines and fluid curves. Sometimes it's transparent, and the grey wall behind it suddenly rears up into darkness, like a cliff seen through spray.Then the colours come back, and rich, organic images of mushrooms and flowers. 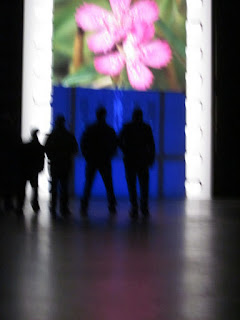 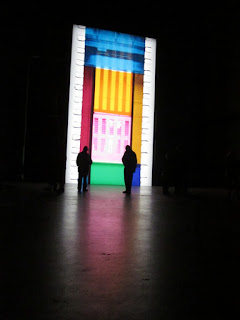 Sometimes the sharp, black shadows of people wandering through the huge emptiness of the hall spring up and became part of the movie. The work becomes simultaneously public and personal. People's cameras and phones click and flash in the darkness, recording the moment.  And the circular cascade of  images streams on.... 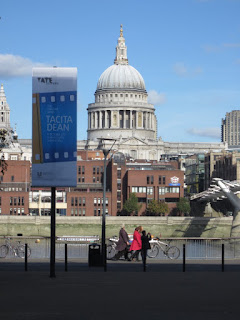 ... while, outside, on the far side of the river, there's another huge, airy, public space where communal experience enhances personal awareness. For hundreds of years, under its jade-green dome, people have prayed among priceless artworks to a god born in a stable...

... but, as I'm writing this, St. Paul's Cathedral's closed to the public. In the last couple of weeks I've watched the peaceful growth of the protest camp in the square outside it. I've listened to the arguments for and against its presence there. And I've kept asking myself what I think. 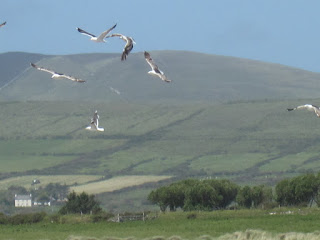 Yesterday I came back to Corca Dhuibhne. And now I think I have my answer.

People here have always lived and worked as a community. Whatever each person had was there to be shared. It's a system based on pooled resources, in which everyone can call on their neighbours for help when times get hard.

Hospitality's so highly-valued here it's practised like an art. Or maybe a religion. There are ritual greetings and responses. Ways of asking and receiving. And an ancient belief that the stranger at your door could be god wandering the earth. So everyone's door was always open here, even to strangers.

As a result, private and public space were almost indistinguishable. And - as a result of that - good manners area vital part of what makes the system work. You may have the right to sit by your neighbour's hearth when you choose to. But you also have the responsibility not to ask or take too much.

Basically, sharing's an inherited tradition. But it's bad manners to ask your neighbour for more than he can give.

I respect and admire the vision and commitment of the protesters outside St. Paul's. I think they chose the right place to gather and draw attention to their concerns. I believe the Cathedral was right to receive them hospitably. And I recognise the moral dilemma that confronts the Cathedral authorities as a result. 'Health and safety issues' made them close the cathedral to the public. It's been re-opened now, but the moral dilemma remains. Unwilling to align himself with increasing pressure to remove the protestors by force, the canon chancellor's resigned. Determined to draw attention to their concerns, the protesters still refuse to go.


Everything I've heard and read suggests that the people camped out at St. Paul's are looking for a fairer system, based on shared resources and mutual respect. That's a system worth fighting for. And the longer I live in Corca Dhuibhne, the more I realise that good manners are the crucial element that'll make it work.


So, that's my answer. I believe in protest and public debate. I believe that public spaces should be used to raise personal awareness.

But I think the protesters outside St. Paul's Cathedral should say thanks now, and go home. 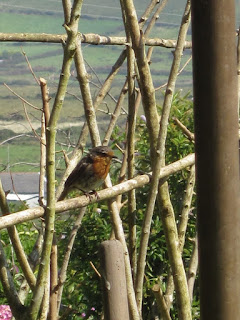